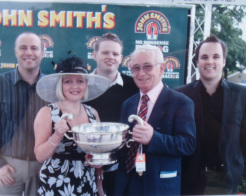 Trainer - Edwin Tuer
Edwin has been training since 1996.
Edwin enjoys getting involved in yard duties each morning and drives the lorry to the races with the help of his friend Brian, who helps share driving on longer journeys.
Edwin rode ponies as a child and passed on his passion for racehorses to his son Grant Tuer who rode over 40 winners. 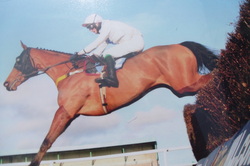 Assistant Trainer - Fergus King
Fergus joined Edwin in February 2013.
Fergus rode over 100 winners as a national hunt jockey and was an amateur jockey for Nicky Richards 1999-2001 before moving to Mary Reveley's Racing Yard 2001-2004. Fergus then worked for Malcolm Jefferson from 2004-2008 where he progressed from conditional jockey to stable jockey. Fergus also has experience working for: Aidan O'Brien and Sir Robert Ogden.
Fergus trained his first point2point (maiden) winner in May 2011 with Jack Boland and is seeking point2point owners for the 2013-2014 season.
Fergus holds an NVQ Level 3 in Racehorse Care and Management and has completed his training course qualifications in 2009. Fergus also holds a HGV licence. 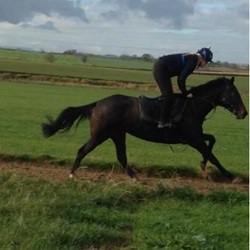 Stables Lass - Jenny Connor
Jenny joined the yard in January 2013. This is her first job in racing and she is enjoying gaining experience riding out and going to the races; she enjoys leading up. Jenny is a confident and enthusiastic young rider and a great worker on the yard.
Jenny is keen to complete some NVQ racehorse qualifications in the near future.
Jenny has a horse of her own which she enjoys hacking and Hunting in her local village: Appleton Wiske and taking to local shows. Her favourite memory so far is leading up Bulas Belle for her 2 wins.
Favourite horse on the yard - Spring Back and Bulas Belle
Favourite jockey - Ruby Walsh 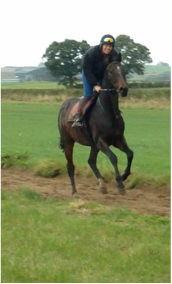 Stables Lass - Rachel Taylor
Rachel joined the yard in February 2013 from Sharron Watts' Racing Yard.
Rachel has five horses of her own which she enjoys hunting in her spare time. She has also expressed an interest in taking out a point2point licence next season and has applied for her amateur flat licence training for next season.
Rachel has ridden since she was 6 years old and she confidently rides the breakers as well as enjoying the experienced racehorses.
Her favourite memory so far at Tuer's Racing was leading up Gold Show when she won at Pontefract in April 2013.
Favourite horse on the yard - Easy Terms and Patavium
Favourite Jockey - A P McCoy 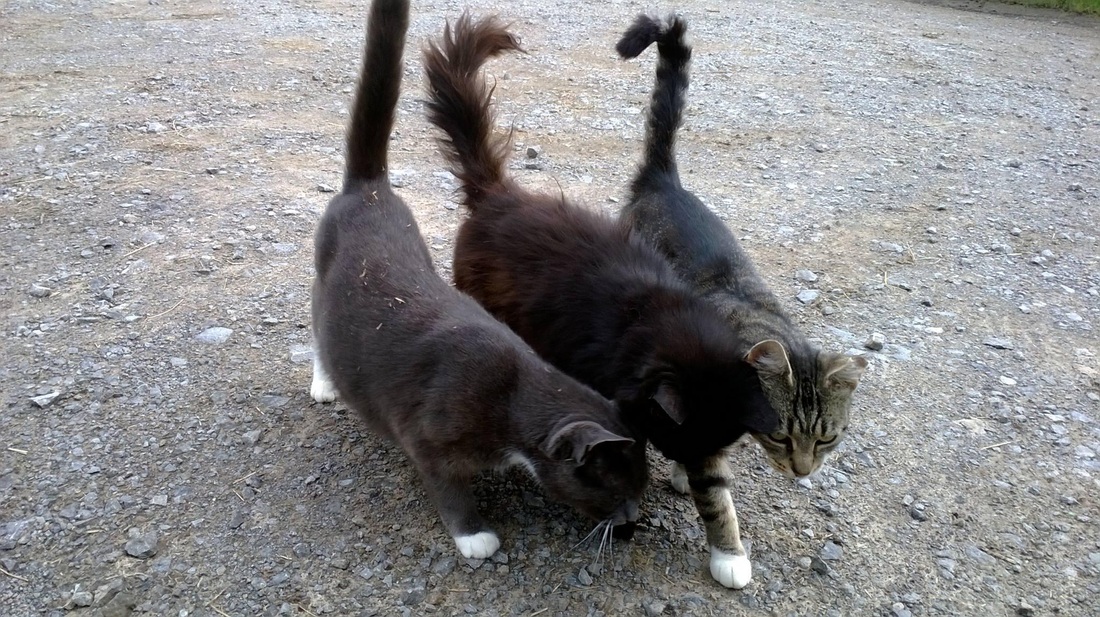 Our little yard helpers!
Powered by